Farmers: Add Power to Your Harvest 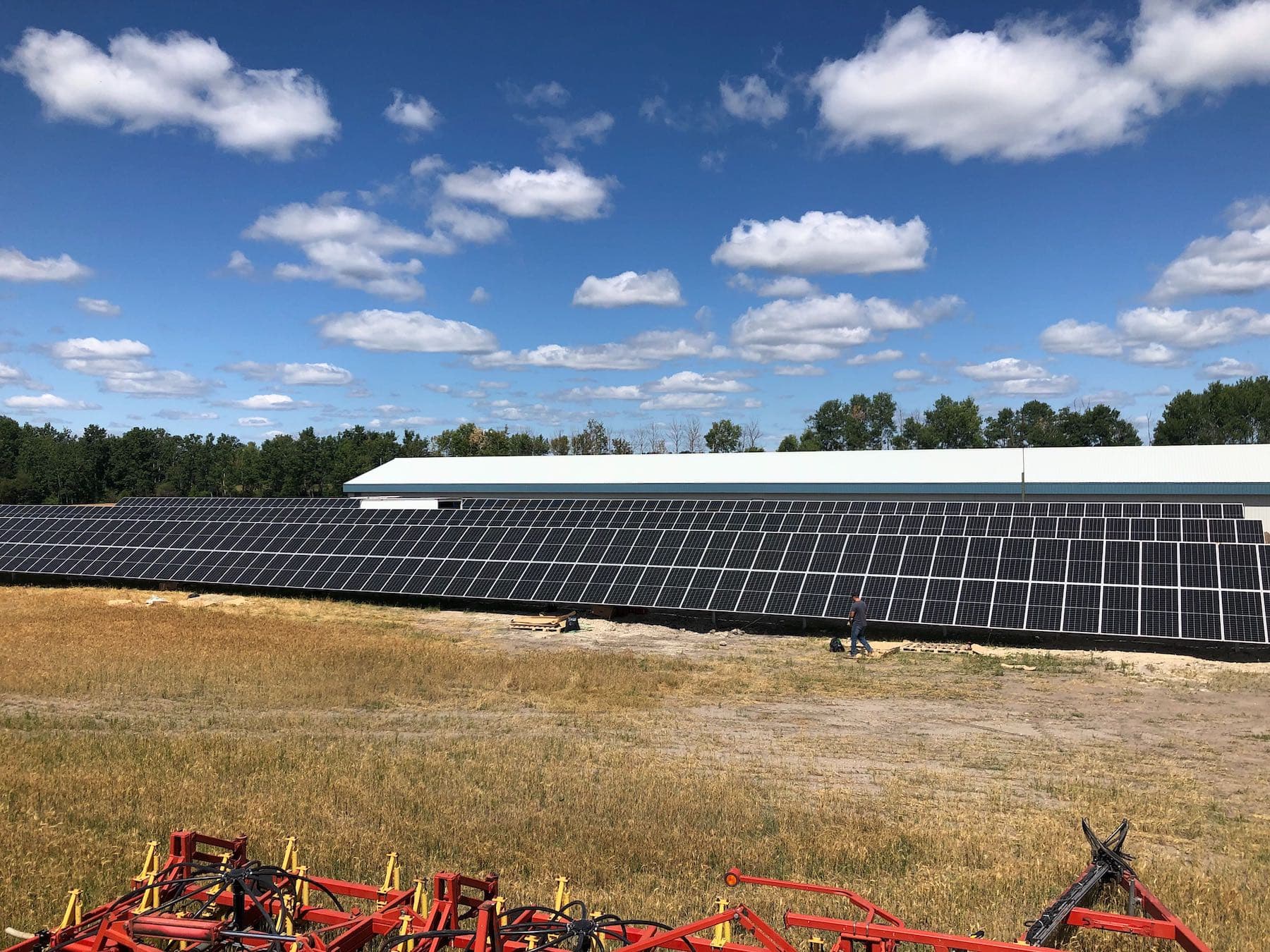 Western Canada farmers know a thing or two about the sun. The rhythm of the family farm has been set by its rise and fall for over a century.

Why not put the sun to work and add solar to your harvest?

Agriculture is on the cutting edge of technology and on-farm power generation can be easily integrated as an important part of your business plan.

Power rates change and flux. In the last 30 years, power rates have risen by an average of 6%, and will continue to rise into the future.

What if you could predict your power costs for the next 10 years and stop rising rates?

When you invest in your own solar power generation, you can.

By generating your own power with solar, you’ll lock in your energy costs for the lifetime of your power system. You’ll lock in your power rate now. Not only that, miEnergy guarantees the power production that we quote you. If we’re ever wrong, we pay you the difference. That is our Power Pledge to all miEnergy customers.

Limited-time subsidies may also cover up to $20,000 of your installation costs, through SaskPower’s Net Metering program. But, this rebate is predicted to run out before the deadline, as the 16 MW cap on projects is expected to be reached sooner than predicted. Alberta farmers can access the Alberta On-Farm Solar Photovoltaics Program, qualify for funding up to $0.75/Watt to a maximum 35% eligible cost share. miEnergy ensures that you receive all incentives that you are qualified. We handle the paperwork for you, so that you start saving from day one.

But, does Solar make sense in Western Canada?

Yes! Saskatchewan and Alberta have some of the most solar potential in the world. More power is produced per foot of solar panel in Calgary or Saskatoon than Rio De Janeiro, Rome or Miami! Even Germany, who is leading the way with solar energy production has less than half the amount of solar potential than AB or SK in many regions.

It’s easier than ever for Canadian homes to go solar

Did you know that 18% of Canada’s greenhouse gas emissions come from buildings? The federal government is taking climate action by making it easier to invest in home energy efficiency projects. About 1,200 households and businesses in Saskatchewan are already using...

Regina / 980 CJME Lisa Schick February 05, 2020 05:06 pm The Elders’ Sun Lodge, also known as pîsimokamik, is now the main site of Regina’s biggest solar panel project. The project was launched on Wednesday. The roof of the affordable housing complex for Indigenous...

In the summer of 2017, MiEnergy was proud to partner with the Saskatchewan Environmental Society and deliver an innovative cooperative solar project in Saskatoon. Saskatoon company Montgomery Agencies Ltd. pursued the project for one of their north end buildings where...

In the spring of 2016, miEnergy installed a ground mount solar system for Saskatchewan acreage owner Henry Unger. Unger pursued a solar system for his property after digging into the financials. He wanted to find a way in which he could isolate himself from the rising...

In Winter 2018, miEnergy had the pleasure of sponsoring Phase 1 of the Optimist Hill campaign right here in Saskatoon. The campaign successfully brought to life the city’s first and only ski & snowboard hill. The campaign was 100% funded by the community, and...

For new or prospective solar customers, understanding solar power may seem overwhelming at first. Fortunately, you don’t need to be an expert on solar power to reduce energy consumption and save money with these innovative solutions. With that said, understanding some...

If you’re considering a solar or photovoltaic (PV) system for your home, you may wonder how much energy a solar array can generate on cloudy days. After all, solar panels need sunlight to generate energy. Overcast conditions can therefore affect a solar array’s...

Things to Consider Before Installing a Solar Energy System

Solar energy systems offer a wide variety of benefits that can make the decision to install a solar system at your home or business an easy one. There are, however, several things you should consider before installing a system. These considerations will help you...